Depression affects more than 300 million people worldwide, many of whom suffer greatly and function poorly at work, at school, and in the family. At its worst, depression can lead to suicide. Close to 800,000 people die due to suicide every year. Globally, suicide is the second leading cause of death in 15–29 year olds.

What are the symptoms of depression?

According to DSM-V, a patient would be diagnosed as having major depressive disorder if they experience at least five of the following symptoms during the same two-week period and as a change from their previous functioning. At least one of the symptoms is either (1) depressed mood or (2) loss of interest or pleasure:

Although there are effective treatments for depression, fewer than half of those affected in the world (in many countries, fewer than 10%) receive such care. The two conventional treatments for depression are medications and psychotherapy, for example, CBT (Cognitive Behavioural Therapy). A typical acute phase course of CBT is around 12–16 sessions of about 45 minutes each. Then the person will meet less frequently with the therapist while continuing to practice the skills on his or her own. The full course of treatment may last from 3–6 months.

Another potential alternative to pharmacological and psychological interventions are brain stimulation techniques such as transcranial magnetic stimulation (TMS). TMS is a non-invasive technique, whereby a small coil placed over a patient’s scalp. The electric current circulating through the coil produces a magnetic field which can then pass through the scalp and bone and induce changes in nerve cells activity in the cortex. These nerve cells are believed to be hypoactive, leading to negative symptoms of depression. There is evidence that repetitive transcranial magnetic stimulation (rTMS) applied to the prefrontal cortex has anti-depressive properties.

TMS is, therefore, a good alternative treatment for depression, and one which has proved resistant to antidepressant medication. Compared with medications and psychotherapies, TMS requires a shorter period of treatment to achieve full recovery. The US FDA recommended treatment for depression is 20–30 sessions (5–6 days a week). It is a noninvasive outpatient procedure which usually lasts 20 minutes and needs no restriction on activities, including driving, after the treatment.

How does TMS work?

The electromagnetic field generated during TMS therapy is based on magnetic resonance imaging (MRI) technology. The magnet is applied to the left side of the brain in the dorsal lateral prefrontal cortex (DLPFC), without surgery, anaesthesia or sedation. The magnetic field penetrates 2–3 cm into the brain tissue and affects neurons and synapses in an area that controls mood and anxiety pathways. Connections within the brain mean that neuronal functioning is improved beyond the area directly affected by the electromagnetic field, including in both sides of the brain.

During the treatment the patient is awake and alert, and can listen to music or watch TV. At the beginning of a treatment session, the doctor will identify the motor threshold (MT). This is the lowest stimulation intensity required to evoke a motor potential (MEP) by observing the contraction response of abductor brevis pollicis muscle (part of the thenar eminence muscle of hand). In other words, the doctor will look out for twitching of the patient’s fingers.

Contraindications for TMS use include persons with history of seizures or epilepsy, previous head injury and the presence of metallic implants in the brain region (e.g., aneurysm clips, shunts, stimulators, cochlear implants, electrodes) and persons with the presence of cardiac pacemakers.

Side effects are negligible with the most common adverse effects reported being headaches in about 23% of patients and neck pain in 12%. These temporary symptoms respond well to analgesics.

The Dawn is an intimate and luxurious treatment facility located in a tranquil riverside property amidst the paddy fields and rainforest of Northern Thailand. The Centre is internationally recognised for delivering life-changing treatments for addiction, PTSD, stress, executive burnout and other mental health issues. 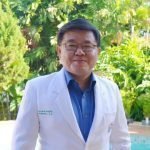 Since qualifying as a psychiatrist in 1997, Dr Ngamwong Jarusuraisin has held a number of high-level positions including Assistant Professor of Psychiatry at Chiang Mai University and full-time psychiatrist and assistant hospital director at the highly regarded Bangkok Hospital in Chiang Mai. He is now Resident Psychiatrist and Head of Medical Services at The Dawn Medical Rehab and Wellness Centre in Chiang Mai.

Mind Over Snooker: How Snooker Promotes Mental Health
Here Are Britain’s Worst Spots for Drug Culture. London’s Not Top of the List
From Lockdown to Playing Grounds: Psychological Strategies to Help Athletes Cope with the New Normal
The Changing Landscape of Mental Health
A Decision to Leave Academia?
Dyslexia and Prejudice
Covid Could Reshape Mental Health Treatment
Don’t Hate the Player, Regulate the Game: Gambling Is a Public Health Issue
Students Experience Life on the Airwaves as 'Radio 1' Comes to Coventry University
How to Earn Your Chosen Degree Using Unconventional and Innovative Methods
Things I Wish I Knew Sooner – and Want You to Know Now
New Research Discovers a Brain Mechanism Underlying 'Vision' in the Blind
More Articles
Loading Comments...