Cite This
Rebecca Mace, (2019, October 3). The Way We Use Social Media Tells Something About Our Status Anxiety. Psychreg on Cyberpsychology & Technology. https://www.psychreg.org/the-way-we-use-social-media-tells-something-about-our-status-anxiety/
Reading Time: 3 minutes

Social status has become something of an obsession for society. Status updates and humblebrags have become ubiquitous; with hashtags like #blessed #grateful being used so frequently that they have become memes in themselves.

An article in the New York Times referred to tracking #blessed as having reached such heights of overuse that tracking it had, perhaps ironically, become a virtual sport: ‘It is almost as if the internet now exists simply to hate-read all of the ways everyone else in the world has been #blessed.’

But as was clear from the comments underneath this tweet, many people are sometimes unsure whether humble brags are ‘genuine’ or someone being mildly facetious. 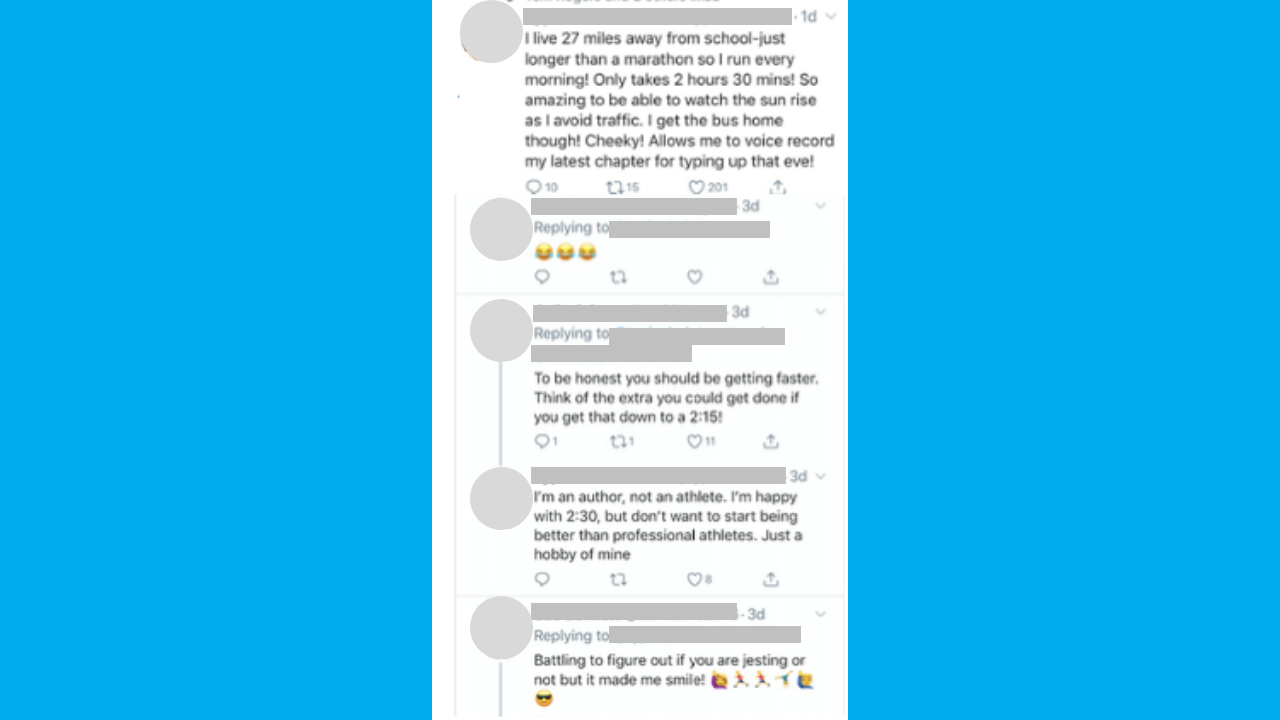 Either way, for some, they may be a cause for concern, jealousy, or lead to a feeling of inadequacy. Often, people compare themselves to a range of seemingly impossible ideals and feel they will never measure up, and the humblebrag is just another example of one of these.

This ties in closely with something that has been dubbed status anxiety. This is the idea that social status carries an implicit judgement of one’s value to society; the higher up you can cast yourself on the ladder the more respect you feel you should command from those around you. The lower down the ladder you perceive yourself the more you believe that you are implying you are a failure and have not lived up to society’s standards of success.

But as social status is always relative, it has less to do with your actual achievements or fulfilment than it has in relation to those you are comparing yourself to. You are likely to be the only person doing the measuring and it is up to you to decide upon the scale and how you compare. As a result, you may find that as you move ‘up’ in terms of social status you also adjust the comparison group, and therefore the standard by which you measure your success.

For example, if you consider yourself faster than other lane swimmers in the local swimming pool, then as soon as you attend a swimming club training session the competition level changes. Further still, perhaps through hard training you do end up as one of the best at the club, you choose to compete, but you will be racing against others who are at the top of their game and therefore you will be ‘ordinary’ and of the same level as the others. You will never be as good as Adam Peaty.

Adam Peaty himself, although a world record holder for breaststroke, is not the best at a front crawl. Mo Farah, although a double Olympic medal holder for middle-distance track running, was not ‘the best’ at marathon running. No matter how much you achieve you will never be the best or ‘the most successful’ at everything. Status is a game that you can never win.

To an extent this ‘status game’, and the ensuing anxiety that it brings could explain why some people feel driven to post their successes online. Perhaps it is a way of them reframing their achievements, not only for others to see but so they can see themselves in a different light.

Reframing the everyday makes it seem more exciting and different. This is a way of telling yourself the story that you are still #winning at life. Often it is the all too familiar that goes unseen, unnoticed and becomes mundane. The day-in-day-out monotony of child care, laundry, work and so on isn’t glamorous and often there is no one to share it with. By reframing it, it can be rediscovered. It becomes a displaced reality to view from the outside as if it were novel.

This is what so many vloggers have capitalised upon. By posting the daily events of their lives, the contents of their fridges, and their daily routine, they somehow make their life seem ‘shinier’ and better. It is a deliberate recasting of the average ‘everydayness’ of existence. Sometimes there is even a soundtrack!

Therefore, in many ways, social media should be thought of as much as a diary as it is a form of bragging – often those posting about their wonderful lives need to see their own lives as such and they achieve this by observing themselves as an outsider would when they post.

In a sense, the humble braggers may need to see the post more than they need others to see it. So, when observing and comparing ourselves to others on the social status ladder, it is also worth thinking about the motivation the individual may have had for posting rather than seeing it as a point for personal comparison.

Rebecca Mace is a PhD student at University College London. She explores the adolescent use of social media.

Dreams: What They Mean and the Psychology Behind Them
A Guide to Addressing Mental Health Issues Through Psychotherapy
6 Ways to Improve Medical Practice Productivity
Experts Call for More Pragmatic Approach to Higher Education Teaching
1 in 8 Infants Born in West Virginia Between 2020 and 2022 Has Been Exposed to Drugs
Creative Care Project Launched to Provide Solace to Care Home Residents
Dr Alexander Lapa
Gobinder Gill
Everything You Need to Know About Pet Therapy
Communication Is Key to Both Personal and Business Success
How to Help an Ageing Parent Live Independently
Former University Head of Well-Being Awarded MBE for Student Support During Pandemic
More Articles
Loading Comments...