Cite This
Dr Noel Collins, (2018, August 23). The Preservation of the Self in Dementia: Tales from the Memory Clinic. Psychreg on Clinical Psychology & Psychotherapy. https://www.psychreg.org/self-dementia/
Reading Time: 4 minutes

Are we the sum of our memories? If my memories could be instilled into a clone of myself, would that other copy be an identical version of me? Conversely, if we lose our memories, do we stop being who we are? These questions are posed more often in science fiction, than in science or medicine. While most people would agree that memories are an important part of who we are, the ways that the self and memory interact are more complicated than they initially appear. The self is not an end summation of objective and factually correct autobiographical memories. Rather, specific memories are stored and filed, according the needs of the individual to maintain a sense of self.

While memories are often thought to be the ‘database’ of the self, it is memory that serves the self, rather than the self being a slave of memory. This concept is vital in dementia diagnosis and care, where an assumption exists that self simply degrades in a simple linear fashion with declining memory. There have been some recent representations of dementia, such as that in the book and film Still Alice, which present an opposing perspective, showing how the self, even stripped of memory and language, remains stoically fluent in in the most important of human emotions – love. However, medicine remains generally silent on the issue.

I had worked in the field of dementia, as a memory specialist, for six years and had rarely considered what happens to the self in dementia. I found myself asking this more openly with my conversations with my patients in the memory clinic. Before this, I realised my silence on the issue in consultations could be interpreted as being me complicit with the automatic assumption of inevitable decline and destruction of the self from dementia. I had noticed this unspoken fear, often present in the consulting room on the faces of relatives and carers, at the point of diagnosis. But what is actually known about self-preservation in dementia, and where as a doctor could I find out? Although I was aware of the principles of person-centred care, I had never participated in any conversation with medical colleagues about whether dementia threatens the self. Instead, most conversations with other doctors were dominated by discussion of new brain imaging techniques to improve diagnosis, medication to control behavioural aspects of the disease and the promises of a new disease modifying agents always just around the corner… It was only when I consulted sociological texts, did I uncover the pre-existing debate on the issue.

The self is constructed and maintained socially. This goes back to a very basic idea that humans are social, not solitary creatures. Marks reminds us that ‘all human societies are characterised by interdependence. No person is completely self-reliant, since we all (unless we are Robinson Crusoe) live in communities’ . Relationships are important to us. We define ourselves in relation to others. What people think of us is important. And how we treat others, and how they treat us, can define who we are. We all have direct experiences of how positive social interactions can enrich our lives and how negative experiences of being ignored or undermined can diminish them. This does not change after a dementia diagnosis. The social construction of the self proposed by Sabat and others argues that during our lives we maintain a ‘repertoire’ of selves through social interactions and relationships. And this process, as fundamental as breathing, does not stop after the onset of dementia. These multiple social selves or role identities do not rely on memory.

A model of the self that argues for the maintenance of identity in dementia, is that of the ’embodied self’ proposed by Kontos. Her ideas offer more hope and optimism for those affected by dementia than any biomedical research that I have read in recent years regarding medications, potential disease modifying agents and dementia cures. She argues that the self does not just reside in the brain’s cognitive and contemplative processes, but rather because it such a fundamental aspect of ourselves, it is also located in the body. Our personhood is not dependent on verbal communication. Even if premorbid ‘higher level’ cognitive and executive abilities are lost, the body continues to naturally express the body. Kontos’ theory of the embodied self in dementia was developed through extensive and detailed observation of the spontaneous interactions nursing home residents with varying stages of dementia for over eight months.

Even for people with very advanced dementia, their ability to interact meaningfully, with others, was preserved, even in the absence of spoken language. She observed caring, meaningful and human encounters between residents with varied degrees of dementia. The reason that I think Kontos is so important is that her concept of self  (the embodied self) is resilient to dementia even in the final stages. Even if the mind cannot fully express the self, the body knows what to do. This simple, yet profound idea neutralises the catastrophic fear of dementia as a dehumanising agent.

Medicine rarely considers the effect of dementia on the individual self. Instead, medical and scientific discourses are dominated by diagnosis, assessment of risk, function and capacity and ‘evidence-based’ treatment. These concerns to tend to eclipse consideration of the individual, and as a result, the self is conflated with memory and assumed to decline in parallel. But, sociological models of self in dementia support the idea of preservation of the self and emphasise that there are many components of the self and while dementia can alter these, they are not completely lost. While the intellectual and narrative self may be impaired, the social self and the embodied self are resilient to dementia, even in later stages. These are vital messages for people with dementia to hear at all stages of the disease.

This article is an excerpt from The D word: Re-thinking Dementia by Noel Collins and Mary Jordan. 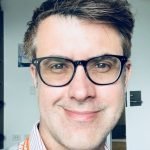 Dr Noel Collins is a psychiatrist currently working in rural Western Australia. He trained in London and worked in a number of community teams in the UK supporting older people with dementia and common psychiatric disorders. His interests include the sociology of dementia, recovery in indigenous mental health  and the use of mindfulness in psychiatric settings. He is the co-author of The D word: Re-thinking Dementia.

Rehabs and Treatment for Drug Addiction and Alcoholism in New Jersey
The Psychological Impact of the Covid Pandemic: The Individual, Family, and the Wider System
Young People Embrace New Model of Teaching Sexual Consent, Study Finds
How to Deal with Stress When Looking for a Job
How Resilience Helps Our Mental Health
Body Image and Body Weight: How Your Eating Habits Are Impacted
How to Build Back Trust Once You’ve Betrayed Your Loved One
Eliminating Sexual Violence Could Reduce Teenage Mental Ill Health
The Psychology of Entertainment: How Different People Are Entertained?
The Way We Use Social Media Tells Something About Our Status Anxiety
Reasons Why You Should Consult a Psychologist After a Car Accident
How to Spot and Deal with Narcissists?
More Articles
Loading Comments...