On the first part of this article, I have explored the importance of recognition of the impact of involuntary childlessness on men. Here, I will discuss the pre-transitional, transitional, and post-transitional narratives of men who wanted to be fathers.

The men in this sector, Frank (56), Steven (49), and David, all wanted to become fathers. David highlighted the different levels of loss of not being a father, “…it’s one of the central experiences of human life. I think I have something to give and it’s a pity. It’s one of the challenges of life, which, somehow, I feel I’ve missed out.” The impact of not having children not only left David contemplating his life roles but also had consequences for genetic and material legacy, “I have a bit of a sense of the way values and experience has been passed down the family tree and people to pass it on to and I don’t. I think having kids is a way of producing a sense of continuity. Otherwise, death feels very final. If you’re leaving kids, you’ve left something of yourself.” Therefore, not having children had an existential impact by challenging both the “way-of-being” in the present and potential future “ways-of-being”.

[perfectpullquote align=”right” cite=”” link=”” color=”” class=”” size=””]This research challenges the view that men are not as affected by involuntary childlessness as women. The men spoke of “missing out” on the father-child relationship.[/perfectpullquote]

The two transitional men were ambivalent about their opportunities of becoming a father with the biosocial clock holding greater significance on their views. Both Michael (63) and Russell (55) expressed missing the uniqueness and importance of the father-child relationship, “To have that sense of unconditional love and that unfathomable sense of that paternal feeling that only comes with having a child. If my mind does wander…it is still with that one thought: can I have a child at my age now? ”

Russell highlighted how differences and losses were underscored in everyday settings,“…at work they talk about their experiences raising their family. If you haven’t had those experiences, you’re shut out along with everything else. They just have got no conception of how alienated people like me feel.” Russell’s experience supports research that reports involuntarily childless people have a sense of “outsiderness” (Letherby, 2012) The awareness of the social clock was also evident in how Russell viewed the future, “The light’s been getting dimmer and dimmer of me ever being a father, to the point now where it’s probably not gonna happen. I’m also grieving that, just as I won’t have the paternal role, I won’t have the grandfather role either.” In Russell’s assessment the disenfranchised grief associated with non-fatherhood was compounded by the loss of a future role of grandfather.

With the acceptance of David, all the men in these two groups were single and had great concern over finding a willing, fertile partner, typically a woman in her 30’s. 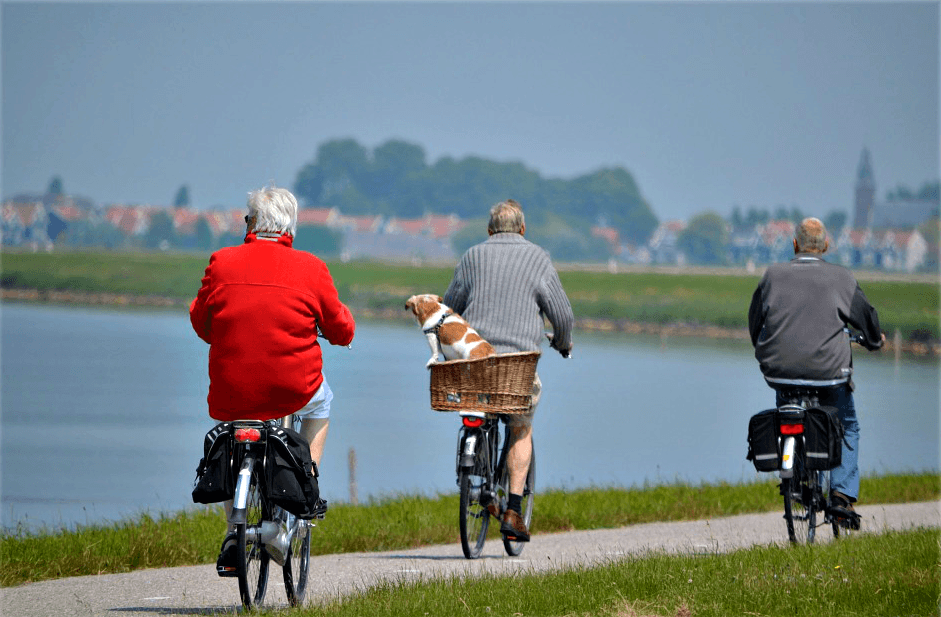 All nine men in this group accepted they were not going to be fathers. Four of the men in this set had followed the biosocial normative script that they were too old to be a father. In general this was because of the view that finding a suitable partner would be both socially inappropriate and practically difficult. Two of the men in this group were gay. Because of the socio-cultural dynamic in force during their formative years both Raymond (70) and Alan (82) believed they could not be fathers, “I think from about like fifteen years old I knew I was gay. I knew I would never get married… you don’t get married them days you didn’t have children.” Raymond (70). The change in social normatives and legislation led both Raymond and Alan to highlight a source of loss for older LGBT+ people, “If I was in my 40’s now then I think, yes, I would [adopt]” Alan.

Three of the men in the group related their acceptance of their childlessness to the joint decision with heir partners to cease In vitro Fertilisation (IVF) treatment. Following his partners’ unsuccessful donor insemination treatment some 15 years earlier, Martin (70) accepted that he was not going to become either a biological or social father. Martin highlighted the paradox of both acceptance and continuity of regret, “You’ve gone through the process of accepting that you won’t have children…. It’s something I will never stop regretting. You know, it won’t go away.” Martin’s experience highlights the longitudinal complexity involved in the ongoing reconstruction and adaption to inner and outer identity involved in the post-transitional phase.

George and his wife had withdrawn from treatment some 15 years previously and the cessation of the drive for parenthood was accepted. However, George had grown increasingly aware of the losses and differences between himself and peers, “You know I would see the relationship between a father and son, or a father and a daughter, and I was thinking, “Ah! I’m never really going to get that.” You know, I miss that. So lots during the last 15 years or so they’d be more little experiences like that where – sudden sort of painful experiences – that I’m missing out on. I’m not having that.” Thus, being involuntarily childless highlighted an additional marker of difference: the potential for intergenerational relationships in later life.

This research challenges the view that men are not as affected by involuntary childlessness as women. The men spoke of “missing out” on the father-child relationship. The majority of infertility literature highlights a transition from grief to acceptance. However, all the participants expressed a complex constant negotiation of the loss of experience, identity, role, and intimate and wider relationships. Moreover, the continuity of disruption affects present and future agency: economic, existential, genetic, identity, legacy of familial stories and material, relational, role, and socio-cultural.

The men used the word ‘missing’ rather than bereavement, grief or loss. This reflects the absence of social scripts available for the men to draw on. Moreover, it reflects a wider sense of the ‘invisibility’ of childless men from research and from datasets. It is projected that there will over a million people aged 65 and over without children by 2030 (McNeil and Hunter, 2014). The number of men in that figure is hard to judge because of the non-collection of male fertility history. This has implications for the future provision of health and social care given that most informal care for older people is undertaken by their adult children (Pickard et al., 2009). In a 2015 speech to the Local Government Association Jeremy Hunt (2015), Secretary of State for Health, said:

Family planning must be as much about care for older generations as planning for younger ones. A wholesale repairing of the social contract so that children see their parents giving wonderful care to grandparents – and recognise that in time that will be their responsibility too.

What then for those who do not have that familial support network?

Robin Hadley has recently completed his PhD at Keele University. His research study explored the experience of involuntarily childless older men and has recently gained much international attention. Robin’s  interest in involuntarily childless men is in part due to his own sense of ‘broodiness’ and wish to become a father. Robin studied that motivation in his MA in Counselling dissertation and discovered there was very little information about men’s experience of childlessness. You can follow him on Twitter @RobinHadley1

Some of our contents and links are sponsored. Psychreg is not responsible for the contents of external websites. Psychreg is mainly for information purposes only. Never disregard professional psychological or medical advice, nor delay in seeking professional advice or treatment because of something you have read on this website. We run a directory of mental health service providers.

We published differing views. The views and opinions expressed are those of the authors and do not necessarily reflect the position of Psychreg and its correspondents. Any content provided by our authors are of their opinion and are not intended to malign any individual or organisation. You’re welcome to write for us.

STEMinism: Is Equality Achievable?
What Are the Well-being Segments of a Happy Life
What Science Tells Us About Autism Spectrum Disorder: Making the Right Choices for Your Child
Free Practice Psychometric Tests
The Metacognitive Model of Posttraumatic Stress Disorder
World Mental Health Day – Can Caravanning and Camping Help the Cause?
Which Style of Meditation Is Best for You?
7 Ways to Manage Anger
Stop Celebrating Obesity: Fat Acceptance Does More Harm Than Good
Is Trauma Holding You Back?
How to Become a Psychological Therapist If You Don't Have a Psychology Degree
Research Shows 8 in 10 Brits Concerned that Neighbourly Relations Are Deteriorating
What Keeps Me Pushing Forward in Shaping the Mental Health Practice
How to Cope With Workplace Anxiety
The French Adolescence: A Psychoanalytic Perspective (Part 1)
Give Yourself a Big Hygge: The Danish Art of Living Cosily
Copy link
CopyCopied
Powered by Social Snap
We use cookies to ensure that we give you the best experience on our website. If you continue to use this site we will assume that you are happy with it.OK